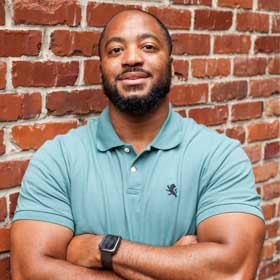 Dr. Keith Perkins Jr. was born and raised in St. Louis, Mo. He attended DePaul University in Chicago, Il, majoring in biology. He then matriculated to Meharry Medical College in Nashville, TN where he received his doctorate of medicine degree. Having found a love for primary care, he decided to train in both internal medicine and pediatrics at the University to Tennessee-Memphis. He became board certified in both internal medicine and pediatrics. He moved to Selmer, TN in 2011 where he still resides today. He is the owner of Premier Internal Medicine and Pediatrics in Selmer, TN. He serves as a collaborator for Scenic City Neurotherapy. He strongly believes in the novel therapies of ketamine and TMS for the treatment of mental health disorders

Back To Team Page