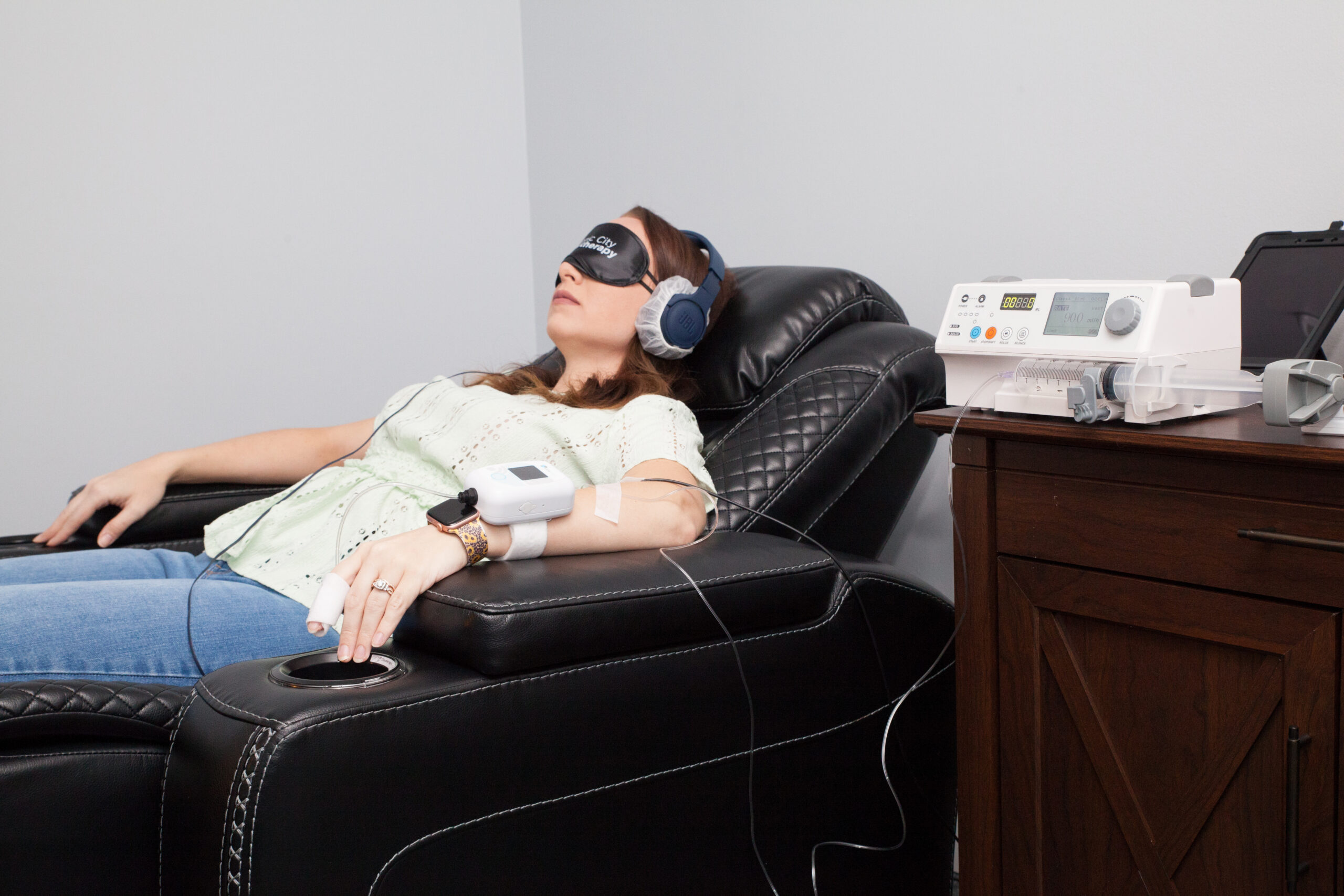 Time to address Dwayne Haskins. Tragically, the 24-year old football player was struck and killed by a motor vehicle on April 9, 2022. News outlets reported that Mr. Haskins tested positive for norketamine, which is a biproduct of the anesthetic ketamine. This means that, while he did not actively have ketamine in his system, he had ingested ketamine recently. It is only mentioned as an after-thought in the article that Mr. Haskins blood alcohol was 0.2 at the time of his death. This is more than double the legal limit in Florida. Unfortunately, alcohol intoxication is not nearly as uncommon or shocking. When it is clear that alcohol was the primary intoxicant when he wandered into traffic and was killed, why does the media focus on his recent ketamine use? These days, with all of the media attention ketamine is receiving due to its unmatched potential in treating mood disorders, cognitive issues, and many pain conditions, ketamine still possesses the stigma of being a party drug. The first article that I read described ketamine as a “counterculture drug from 1970, which emerged as a Party Drug in the early 2000’s.” It neglected to mention that ketamine is one of our primary anesthetics for children 6 months and older, or that it is one of the World Health Organization’s 100 essential medications. It does not expand on its use as a neuro-regenerative medication that facilitates enhanced communication in the brain which is shown to improve cognitive function, mood stabilization, and quality of life for millions of Americans. Ketamine is not and has NEVER been an illegal drug. It is a DEA controlled medication in the same class as testosterone supplementation. Unlike illicit drugs such as LSD, Psilocybin(Magic Mushrooms) and MDMA (Ecstacy), ketamine hydrochloride is a legal non-opioid and non-narcotic anesthetic that is safe and passive. It is exclusively a medication. It is not produced in 3rd world laboratories and smuggled across the border. It is a generic anesthetic produced by the same pharmaceutical companies that make every other medication we take.

Here is where we encounter a problem. The research is plentiful on how ketamine is a powerful and effective treatment for patients who struggle with mood disorders like depression, anxiety, bipolar disorder, and OCD. It has also been effective with age related dementia, Alzheimer’s disease, stroke recovery, traumatic brain injury recovery, and it is very effective at treating the Post-acute Coronavirus Syndrome “brain fog” which has been experienced by millions. Because of this new use for an old anesthetic, less ethical providers will compound and mail ketamine in an oral or intranasal form for you to self administer at home. It is very possible that Mr. Haskins did not get his ketamine in the club or from an illegitimate source. Rather, he likely acquired this through a legitimate medical prescription. Ketamine is often used for nerve pain, and Mr. Haskin’s is a football player. When administered properly under the care of an anesthesia provider, it can be a better pain management alternative than opioids because of its decreased risk of addiction and its longer lasting potential for relief. Self-administering anesthetics at home and without medical supervision has resulted in many deaths and injuries, not to mention accidental administrations or diversions for recreational abuse.

Oral and intranasal ketamine CANNOT produce the neuro-regenerative response which is responsible for patients achieving a state of remission of his or her depressive symptoms. Large venture capital groups and ethically flexible medical providers have jumped at the opportunity to prescribe at-home ketamine and have found it to be a quick and easy way to capitalize on a disruptive scientific breakthrough. Sending it home for a patient to administer passes all responsibility, liability, and consequences to the patient. Before mailing you anesthetics to self-administer, you will sign a release that will absolve these companies and providers should you the laryngospasm (throat closes off unexpectedly and you cannot breathe) or vomit/aspirate (which is the most common complication with at home intranasal or oral ketamine). Dozens of people die every year from prescribed self-administration of ketamine. The problem is that no one hears about these deaths because, until they harm enough people or the right people like in the case with Mr. Haskins, the greater medical community is unaware of a problem. These providers do not inform the patient that the research supporting the use of ketamine does not apply to the oral or intranasal forms. Ketamine is only FDA approved to be administered intravenous (IV) or intramuscular (single shot). All other methods of administration (oral, sublingual (troches), intranasal) are considered human experimentation and cannot produce the desired neuro-regenerative response. If you are a patient who takes these administration forms and were not informed that this is human experimentation, you have been placed at undue risk by your prescriber. Whomever sold you these oral or intranasal forms has experimented on you without your consent. Further, they have committed fraud by describing the results of intravenous treatment then attributing these results of IV ketamine to the lesser, cheaper oral/intranasal form. They prescribed you an untested, subpar method of administration that cannot possibly produce the results of IV administration.

With all anesthetic administration, it is not only what you get, but how you get it. It must be administered in a setting that is safe, supported, where vitals can be monitored, and complications can be managed by a medical professional. Self-administration of anesthetics is historically a terrible idea. There is a pathway to get incredible benefit from ketamine, but we cannot sacrifice safety for accessibility. The answer is obvious. We need to push for a better way for patients to access treatments that utilize best practice methods and safety protocols, but are also accessible and affordable. At Scenic City Neurotherapy in Chattanooga, Tennessee, our success is tied to our patients’ success. We support our patients with best practice methods, excellent education, appropriate expectations, and a strong follow-up program that supports each patient’s needs. Scenic City Neurotherapy’s model produces the highest rates of patient reported remission of symptoms, the maximal comfort while undergoing treatment, and a team approach which includes your counselors, psychiatrists, and our anesthesia team.

Contact our clinic by submitting an online consultation request or calling our office at 423-228-0579.

Julie graduated from Grace Baptist Academy and attended Lee College. She married her college sweetheart of over 26 years. Julie has 20+ years of experience working for major health insurance companies, and she brings her expertise to help patients pursue reimbursement.

Blake is a college student who has grown to love his role as a TMS technician. He is passionate about supporting patients through the process to better mental health. In his spare time, Blake can be found tinkering on cars or rock climbing.

Jason was born and raised in sunny Palm Bay, FL, but now considers himself a Tennessean after moving to Chattanooga in 2004. Jason graduated in 2009 from Southern Adventist University with a Bachelor of Science degree in Nursing. He spent four and a half years working as an R.N. at Memorial Hospital in the CVICU. In 2013, he obtained his master’s degree from the University of Tennessee in Chattanooga to become a Certified Registered Nurse Anesthetist. For the past eight years, Jason has worked full-time in hospitals in the Chattanooga metropolitan area and provided support at other Tennessee regional hospitals through anesthesia administration.

His bilingual (Spanish) communication skills and work with diverse populations set him apart. In his free time, Jason enjoys being with his family, improving his Jeep, caring for his plants, enjoying the outdoors, and organizing an impressive Lego collection.

Chris graduated from Middle Tennessee School of Anesthesia in 2011. He lives in London, KY with his wife of 17 years and four children. After receiving training from Charles Miller, Chris opened his own ketamine infusion clinic in London, KY called Freedom Neurotherapy. He also remains a part-time provider at Scenic City Neurotherapy. Chris was thrilled to find a clinic where he could learn best practice methods that would prepare him to provide better treatment options to the people in his own community.

Elena and her family have enjoyed living in the beautiful Chattanooga area for the past 10 years. She has three busy girls and various pets to keep them company. Elena treats patients receiving our highly specific Transcranial Magnetic Stimulation (TMS), an FDA-approved, non-invasive therapy which has been life changing for so many people. Elena speaks both French and Spanish, in addition to English.

Dr. Keith Perkins Jr. was born and raised in St. Louis, MO. He attended DePaul University in Chicago, majoring in biology. He earned his Doctor of Medicine degree at Meharry Medical College in Nashville. Having found a love for primary care, he decided to train in both internal medicine and pediatrics at the University of Tennessee-Memphis. He became board certified in internal medicine and pediatrics. He moved to Selmer, TN in 2011, where he still resides. He is the owner of Premier Internal Medicine and Pediatrics and is a collaborator for Scenic City Neurotherapy.

Charles Miller is a native of Chattanooga. He studied anesthesia in Nashville, TN through the MTSA program. His time at Vanderbilt provided him with the necessary education and experience in the administration of ERAS protocols that are the foundations for our advancements in pain management. Charles pursued training and greater understanding of the use of Ketamine Infusion Therapy in the treatment of mood disorder and decided to bring these treatment options home to Chattanooga. He brought a best-practice, methods-based approach to improving pain management and mental health.

Connie is a native Chattanoogan who loves spending time with her family and friends. For Connie, life goes better with music, and she enjoys it all. She loves to walk, which suits her well because one of her favorite vacation spots is Disney World. Connie and her husband consider it a good day whenever they get to spend time with any of their seven grandchildren. Connie actively serves her community by volunteering in areas that interest her.

Katherine is passionate about collaborating on efforts that will create long-lasting, powerful outcomes for people’s mental health and well-being. She works directly with Charles and Ami Miller to build relationships with community leaders, mental health professionals, and general practitioners. Katherine’s role includes creating an engaging presence in our community by telling the story of Scenic City Neurotherapy and by sharing the impact of Ketamine Infusion Therapy and TMS on people’s daily lives.

Katherine is involved with the Chattanooga Area Chamber of Commerce, as well as other local non-profit organizations. In her free time, Katherine enjoys baking, weightlifting, and spending time with her friends and family.

Ami is a co-founder of Scenic City Neurotherapy. She has dedicated the last 20 years to working with children of all ages through youth and family programs. She is an expert in teaching camping and survival skills, including knife skills, campfire building, Dutch oven cooking, and tactical Navy SEAL survival skills. Ami is passionate about giving people the opportunity to live better lives. Ami has always been inspired to continue challenging herself to do better in all aspects of her life which pushes those around her to do the same.